This is the second video I’ve shot for Seremonia. It’s from their newly released self titled album. This was a quick shot in between two longer more story driven music videos in the plans for Seremonia. First one was done already and is called Rock ‘n’ rollin maailma and it begins the story of a young girls driven to the world of rock ‘n’ roll and alcohol. Hopefully we get to shooting the third one some time this year.

Uhrijuhla was shot in a studio right after the bands promo photoshoot session. The idea is pretty simple. I’ll leave the loose red thread for yourselves to figure out. It took about four hours to shoot and two days to edit the video. Most of day two was trying to find the right look for the video.

I used a 650W tungsten as front light and a 300W tungsten as backlight. I shot this one accidentally at 5600K although the lights are of course rated for 3200K. Sometimes you just screw up the most simple things. But it wasn’t a big issue since I had a plan to do the video black and white.

However after I got back to the edit and tried it out I didn’t find that it fit the footage that well. So after extensive messing around with the colors I got the heureka moment with Magic Bullet looks 2’s “two strip process” preset. I constructed the final look using the preset as the basis. I’ve actually tried this out on numerous of my projects but it’s never really worked. Lucky me it did this time around! Technicolor 2 strip process is a wonderfull looking and very complicated filming procedure. Here’s a bit of info on how they recreated the look digitally for Aviator. Check out the images on the website.

The visual effects are all done in camera except for the overlay images and one 7 frame shot that I did with After Effects. Can you guess which? 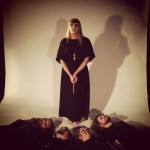 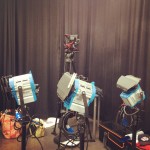