If you are thinking of bying a light meter or a color meter here’s a solution to consider. Cine Meter II app for iPhone made by Adam Wilt costs around 25€ in iTunes app store. Luxi costs between 10-30€ depending on which version you buy. I have the Luxi 4 that is originally designed for iPhone 4/4s models but with a little added padding it works with my iPhone 7 as well. 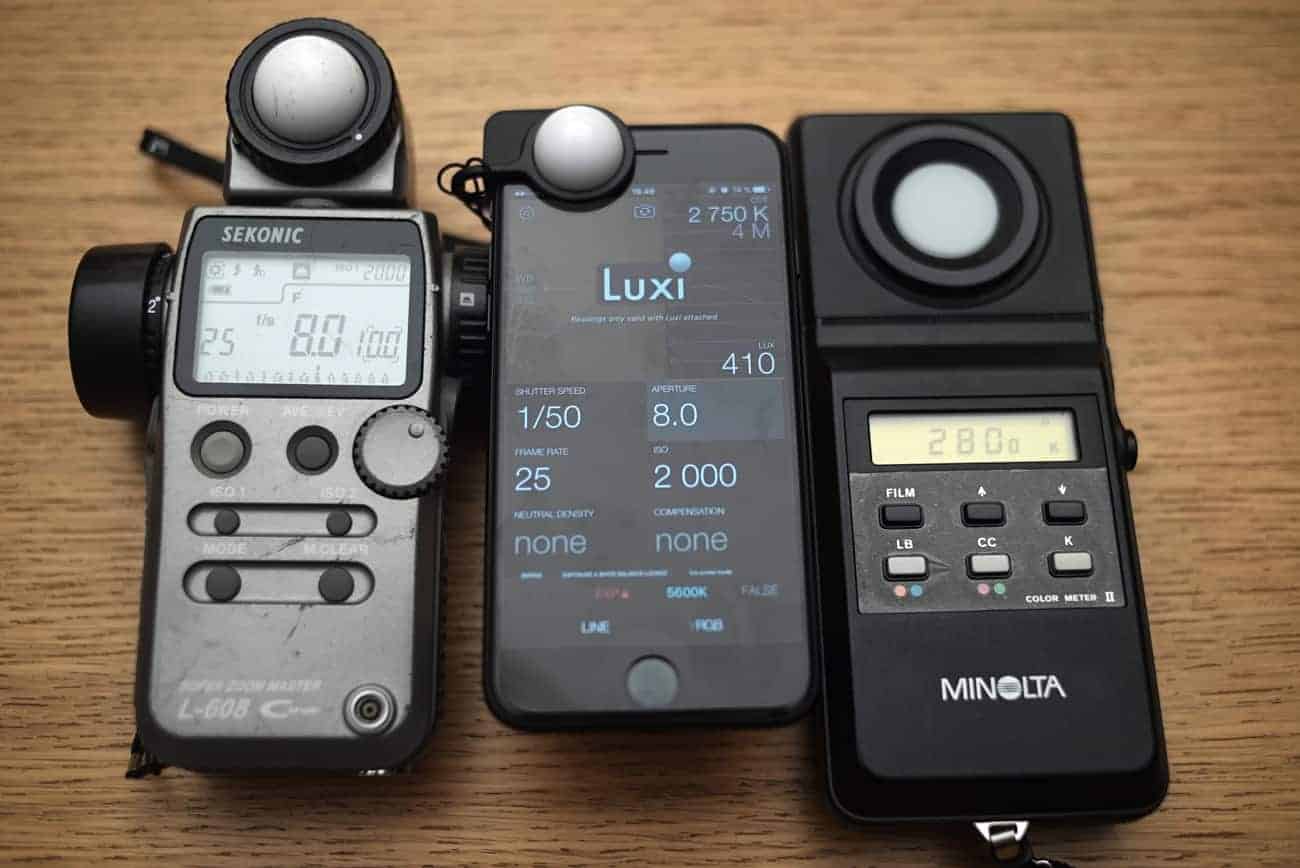 As you can see from the picture above I’ve set my Sekonic light meter and Minolta color meter side by side with my iPhone and the Cine Meter II app with Luxi attached. The aperture f8 matches without any compensation (which you can do if need be) and also the kelvin values are pretty spot on. I used an old red head I had lying around for this that I’d always thought was 3200K but not so.

Setting your white balance to a correct value is especially important for skin tones if you’re not shooting raw. Yes you can do it with the camera and a white balance card but here’s another tool for you. Great if you’re gelling your lights and need to measure each light separately.

I bought both the Sekonic and Minolta second hand and paid 250€ and 100€ respectively. Given that the Cine Meter II app with Luxi costs around 35-55€ total and if you already own an iPhone I’d say this is a no brainer. One advantage the app has is that old color meters rarely work with LED lights. The Cine Meter II app has no problem with LEDs.

Cine Meter II has loads of functionality that I can’t even begin to cover here nor do I think I’ll be needing much. It will tell you which gels to use with your lights to get to the values you want, it displays LUX readings, you can set it to compensate your ND’s… I don’t think it’s missing any of the functions of the hardware light and color meters.

This is not much of a review as it’s a pretty simple app if you know what you’re doing and it works great! Having both a light meter and a color meter in my pocket at this value is pretty awesome. Now I just need to learn to apply them to my work!