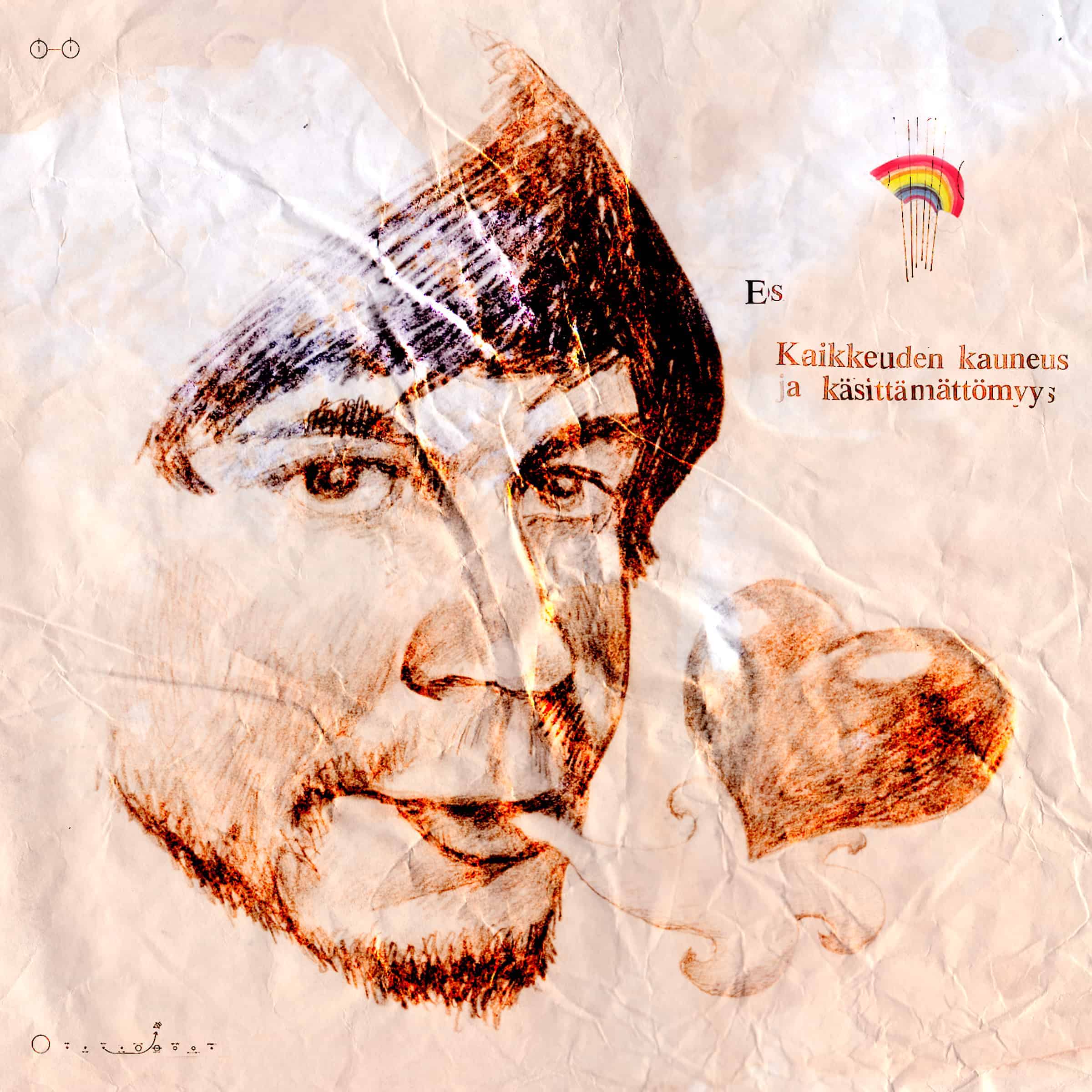 Kaikkeuden kauneus ja käsittämättömyys (The Beauty and Inconceivebility of Everythingness) is the third solo album by Sami Sänpäkkilä. It is released in March 2004 in Finland through Fonal Records and in Belgium through (K-RAA-K)3 Records.

“This album has been in the making for two years. While touring with Es between 2001 and 2003 the concerts were orientated on ambient and drony guitar sounds. Some of these songs were heard on the Dutch VPRO radio stations De Avonden’s 45 minute special on Es and will be recorded later for a release. I record all the time. But because I could not find a way to record the songs I had been playing live I recorded something else. I think it was no sooner than august of 2003 that I realised that I had almost two hours of new material. Recorded on various locations and with equipment varying from the most hi-fi studio to a small Onkyo dictaphone. These songs were different from what I had been playing live. They are more poppy, melodic and the structures are somewhat more conventional. Most importantly they have lyrics. I am still puzzled with this album. It still feels fresh. The songs are almost like thoughts I have mistakenly spoken out aloud, extremely personal and strangely fragile.

There are many sources of sound that can be interpreted as music concrete, pulsars and noise culled from my SETI-at-home processes, hammering in the apartment downstairs, c-vitamins wheeze and scissors cutting my hair. I also used many conventional instruments on this album. One of the most important was a piano which is heard on most of the songs. I do not have a piano so I had to go to my friends to record all the piano parts. This also resulted in many collaborations. All of them my friends and some with no previous musical background. One of the most important collaborations is with my friend and colleague Ville Leinonen with whom I share a similar romantic ideology. Ville sings and has also written the lyrics to the title track of the album with me. Other guests include members from Kemialliset Ystävät and Avarus on various instruments and vocals heard all through the album.

The songs on this album explore the same themes heard on the previous two Es records; melancholy, pathos and hope. The overall mood is darker, gloomier and more ominous. The album is self reflection. It is about trying to create a better place to live in instead of explicitly judging or criticizing the world that we live in.

The paintings, drawings and photographs on the covers, all of them made and given to me by my friends, are an extension to the sound and an essential part of the album. They further explore the music and give an idea of how I see the sound visually. An almost lost shimmer of hope somewhere in the dark corners of the world. A rainbow on every black and white page.

This album is a dedication for the sad, the depressed, the insomniacs, the strayed, the fearful and the lonely. Today, tomorrow.”