A friend of mine recommended these movies to me some time ago but as they are both 3 hours long I saved them up and just watched them during the holidays. Both directed by Jan Troell whom I had never heard of before. His done quite a few movies and documentaries that are all unkown to me so I’ll have to check out a few to see how they hold up to these masterpieces. 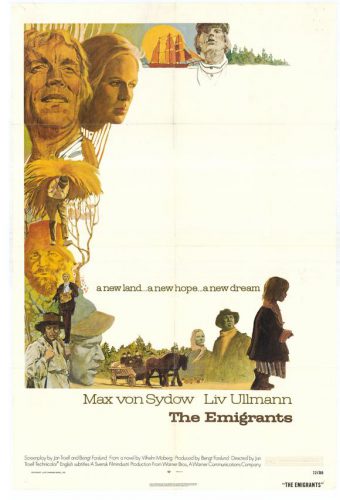 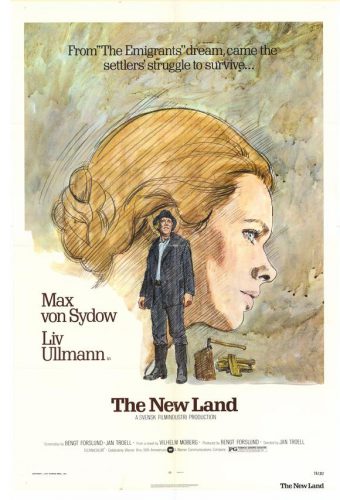 The Emigrants (Utvandrarna, 1971) depicts a familys strugle to make ends meet in Småland, Sweden. They decide to travel to America, Minnesota. The New Land (Nybyggarna, 1972) happens in USA and tells about the freshly arrived emigrants starting a new life. The story is simple but the characters are portrayed with exceptional talent. It’s Max Von Sydow and Liv Ullman who play the lead roles but to me almost everyone stands out to their advantage. The story and the acting are what drives the films. It is a genuine and uncompromising portrayal of what life must have been like in the middle of the 19th century.

Some of the music is pretty amazing as well. Reminds me of Bo Hansson. The music is made by Erik Nordgren who has also scored many Ingmar Bergman films.

I also found this great interview of Max von Sydow that is not particular to these movies but a nice watch.